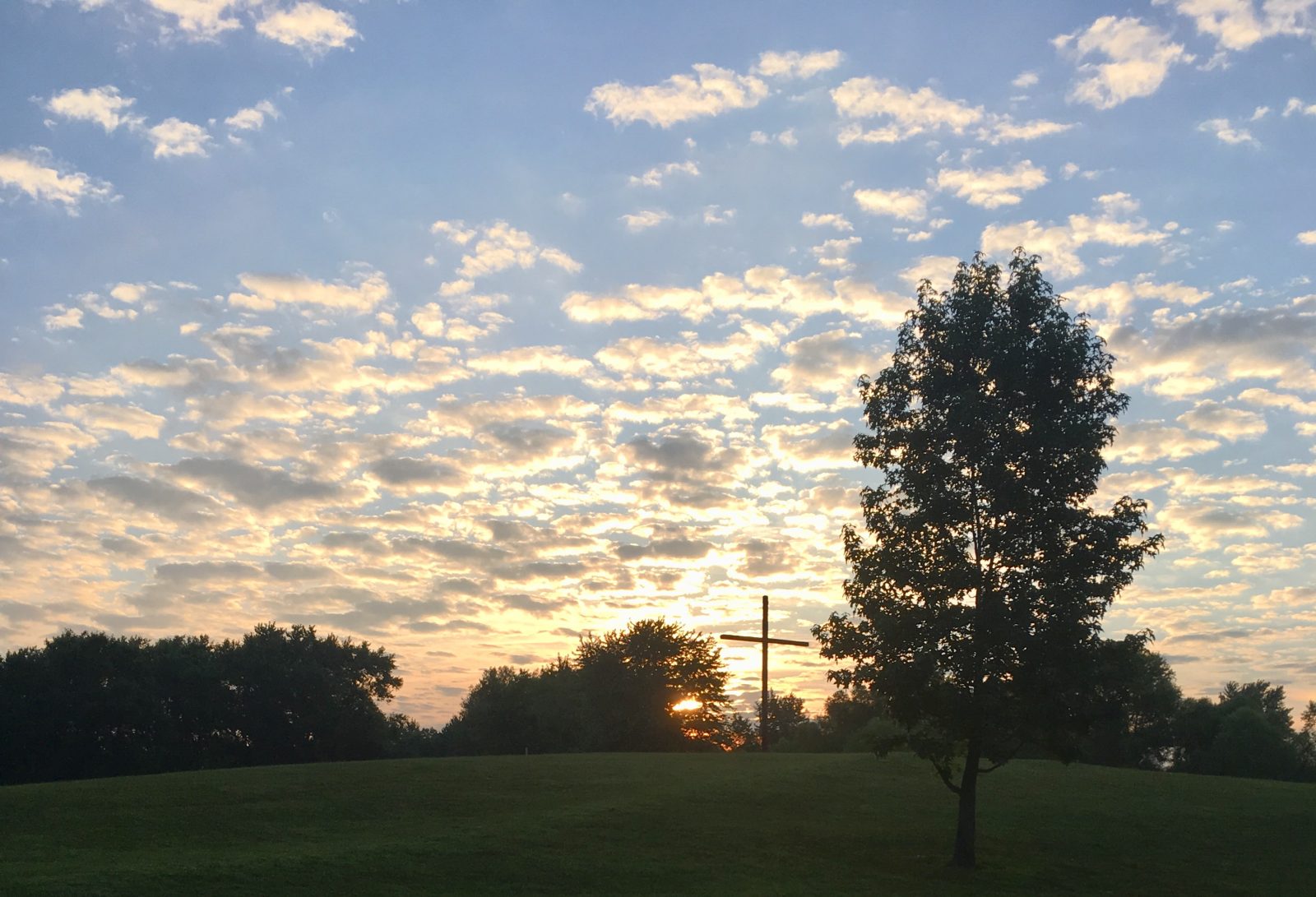 A couple weeks ago I had the privilege and blessing of taking a prayer, planning and reading retreat at Kirkmont center (the above photo was during a morning walk). I worked on a few different tasks (Fall Journey, Spring Journey, Boys to Men), took long prayer walks around the grounds, and read quite a bit.  One of the books I read was a recently published biography of the years (1515-1522) of Martin Luther’s transformation from a guilt-haunted Augustinian monk who knew he was damned because of his sinfulness and God’s holiness, to the excommunicated, life-threatened but saved-by-grace-through-faith pastor who unintentionally founded the branch of Christ’s church known as “Protestant” (of which Presbyterians are of course a part).

Harline brings to life the deep spiritual and emotional struggles that Luther felt, before and after his blinding insight that we are not saved by trying our hardest or doing just enough good works, but only by faith in the One who paid for our sins, Jesus Christ.  Before his conversion to salvation by faith, Luther was often cripplingly afflicted with Anfechtungen, his word for a sense of overwhelming spiritual despair.  It was the horrible feeling that God had literally forsaken him because of his sinfulness (no matter how hard he tried to be good, which was in fact very hard), and that he would be condemned to hell by the angry Judge of the universe.  Luther described these struggles as,

“so great and so much like hell that no tongue could adequately express them, no pen could describe them, and one who had not himself experienced them could not believe them.”

Try as he might, he could not shake these bouts of Anfechtungen.  But then he came to his conversion in understanding salvation.  We are not saved by grace + works (because how many works are enough?), or trying our best (how would we ever know that we’ve tried our best?), or taking the sacrament of communion (what if we don’t really believe in it enough?).  By reading and studying the Word of God, Luther concluded that salvation is ALL of God, and that we are rescued by resting and relying on the promises of God’s grace by faith.

Interestingly, the Anfechtungen never fully left him.  He continued to struggle with spiritual depression for the rest of his life, brought on no doubt by all kinds of additional pressures relating to his flock in Wittenberg (which he sometimes became impatient with because they weren’t understanding salvation by grace through faith as deeply as he wanted them to), the progress and then fracturing of the Protestant consensus during his lifetime, and the fact that as long as he was alive many people wanted him dead.

If you are struggling to believe that God loves you and will never forsake you, for whatever reason, remember that even the great Martin Luther struggled.

But the power and shape of his Anfechtungen was different on this side of grace.  He began to see these struggles as helpful because they drove him to the cross as his only hope over and over, which he needed.  “I didn’t learn my theology all at once. I had to ponder over it ever more deeply, and my spiritual trials were of help to me in this, for one doesn’t learn anything without practice.”

If you are struggling to believe that God loves you and will never forsake you, for whatever reason, remember that even the great Martin Luther struggled.  Your struggles can lead you to ponder ever more deeply the cross of Christ and the grace He gives you.  On his deathbed, Luther’s last written words were, “We are beggars.  This is true.”  We can be eternally grateful that the Righteous Holy Judge of the Universe loves us beggars who cast all our hope on Christ alone.