“Understanding this, that the law is not laid down for the just but for the lawless and disobedient.” – 1 Timothy 1:9

“Blessed are those whose lawless deeds are forgiven, and whose sins are covered.” – Romans 4:7 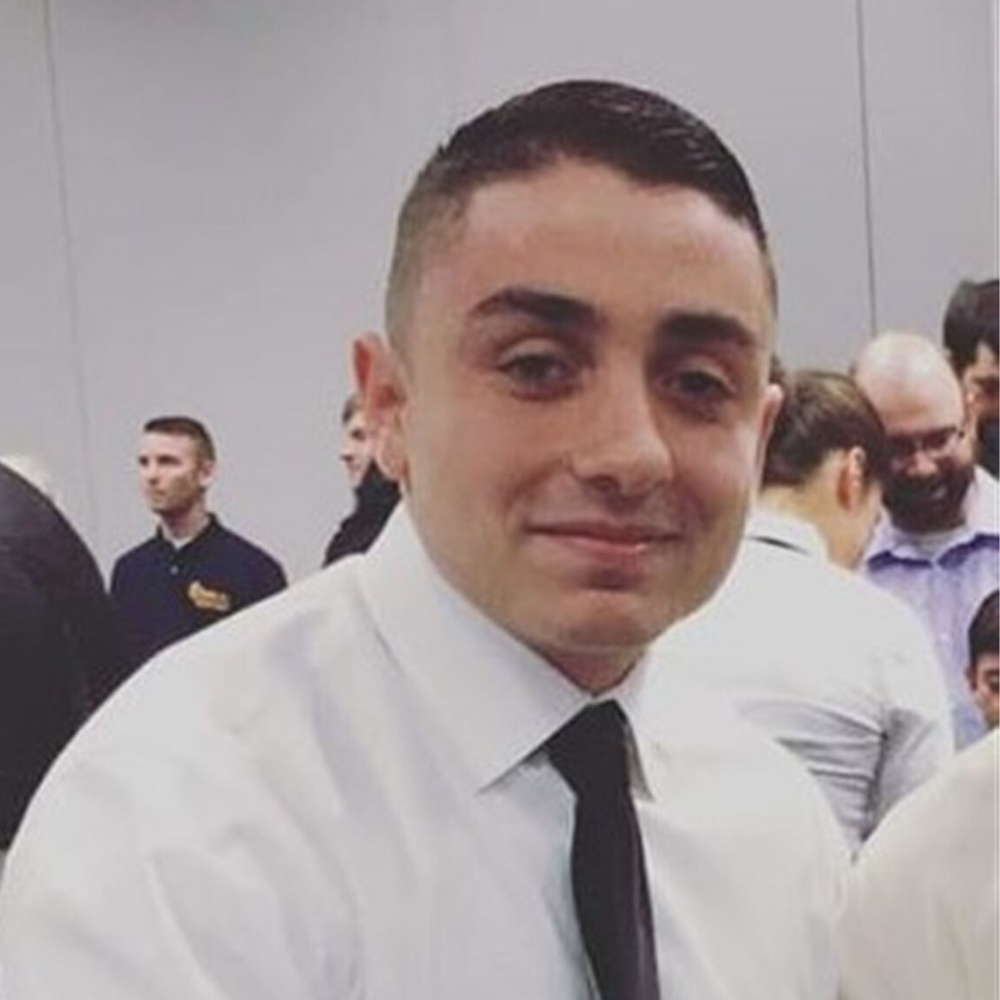 Some terrible things happened over the 4th of July holiday weekend. While most of us were celebrating Independence Day by grilling out with family and staying away from everyone else, a police officer was killed in Toledo. Anthony Dia, 26 years old, was responding to a call about a white man named Edward Henry who was drunk and harassing some people at a Home Depot parking lot. Dia arrived on the scene and called to him, and when he began walking away Dia walked after him. Without warning, Henry turned and shot Dia in the chest, killing him. He then fled the scene, and later that evening killed himself.

Dia was a father of two sons (ages eight and six), a husband, and a man who loved being an officer. He was also a Muslim, which according to a close family friend made things challenging at times. Dia did not fit any neat sterotype. As a Muslim police officer unabashedly in love with his profession and our our country, and with family members across the world in Lebanon, Dia demonstrated the capacity of our country to empower people of different races and creeds to contribute to the common good and earn a living doing it. But he was no mere symbol. He was a husband and dad who chose a profession that does not reward with riches, but does demand risk of life every time a call has to be answered.

One of the disastrous results of concluding that “all cops are bad,” and rushing to judge all police based on the tragic and terrible deaths of men like George Floyd and Ahmaud Arbery is that lawlessness prevails. In Scripture, the word is “a-nomia,” literally against law. The Greek-English lexicon I use defines it in this way: “to behave with complete disregard for the laws or regulations of a society.” It is used 20 times in the New Testament, typically to describe those who fail to live according to the Law of God detailed in His Word. The “lawless” are either those who will be judged and condemned by God, or those who have been forgiven for their lawlessness through repentance of sin and faith in Christ. From a theological standpoint, those who trust in Jesus are forgiven, and their sins are covered. From a societal standpoint, lawlessness must be punished accordingly if we are to maintain a just social order.

In New York City over the weekend, there were 30 shootings resulting in 48 injured and 11 deaths. Nearly every victim was a minority. Police chief Terence Monahan said that his officers “are afraid if they’re making an arrest, that if their knee goes on the back of someone . . . that they can be prosecuted. That’s a problem.”

In Chicago the numbers were higher – 87 people shot, 17 killed, among them a 7-year-old African-American girl. The mayors of both cities cite reasons such as COVID emptying jails, the need for better electronic monitoring of violent criminals and the like. And yet, it is hard to believe that our current climate of denouncing police has nothing to do with it.

Perhaps this is news to you. And perhaps you had not heard of any of this violence in NYC or Chicago over the weekend, or of Anthony Dia’s death. They aren’t the lead stories in our national news media. Why? Perhaps because there is a pandemic. But it seems likely that it is because these events do not fit the narrative of systemic oppression.

I believe that there are problems of racism in our country that still exist. I also believe that these problems exist in police enforcement, and the legal system, and the church, and in other contexts. This is not to say that these problems are intractable or that the systems must be razed to the ground. To the contrary, ours is a country whose systems have shown remarkable flexibility to improve, and to further embody what our founders believed in principle (but tragically not in practice): “We hold these truths to be self-evident, that all men are created equal, that they are endowed by their Creator with certain unalienable Rights, that among these are Life, Liberty and the pursuit of Happiness.”

In the Gospel of Jesus, we have ultimate safety. There is nothing that can separate us from the love of God because of what Jesus has done for us (Romans 8:38). Even if we are in tremendous physical danger, we are eternally safe. What joy we can experience because of this truth!

Personally, I am baffled by the fact that most of the black men I know have experienced far more police interactions over the years than I have, and that these interactions have happened in instances where they were not violating the law. This is wrong. Conversely, I know officers who are adamant that there is no systemic racism within law enforcement. Police officers in this country have perhaps the most difficult job in the world. They risk their lives daily, even protecting those who wish to do them harm. The truth is that we need officers who are upright and just. Some are not, and that sad truth leaves all police open to charges of injustice. But what happens when all police officers are condemned as racist? Good officers leave the police force, and potential officers who want to serve for the right reasons opt not to become officers. Public safety declines. And in the communities that need the help of righteous, just law enforcement the most—urban, predominantly minority communities with the most drugs and violence—a lack of policing will lead to more of what happened over the weekend in our largest cities, not to mention our own city.

Psalm 5:11 describes the safety of God’s protection, which results in joy: “But let all who take refuge in you rejoice; let them ever sing for joy, and spread your protection over them, that those who love your name may exult in you.”

In the Gospel of Jesus, we have ultimate safety. There is nothing that can separate us from the love of God because of what Jesus has done for us (Romans 8:38). Even if we are in tremendous physical danger, we are eternally safe. What joy we can experience because of this truth!

Still, we should not overlook the physical safety that most of us take for granted. Without some measure of safety, there can be no joy. Blanket condemnation of police will dramatically harm communities. I doubt that the New Albanys of the world will be impacted. But if the narrative of police as uniformly racist and evil continues, the very same communities that struggle with poverty, broken homes, drug use and violence will be degraded even further.

And this leads to what Christians can do. We can pray for our officers and support the conditions that allow them to do their jobs. And we can also pray for, serve and love the people who live in the communities plagued by lawlessness, drugs and poverty. There is no shortage of people in Linden who can be befriended and whom we can both serve and learn from. We can (and will!) continue to share the Good News of the Gospel, a Gospel that can cover all of our sins and forgive every lawless deed.