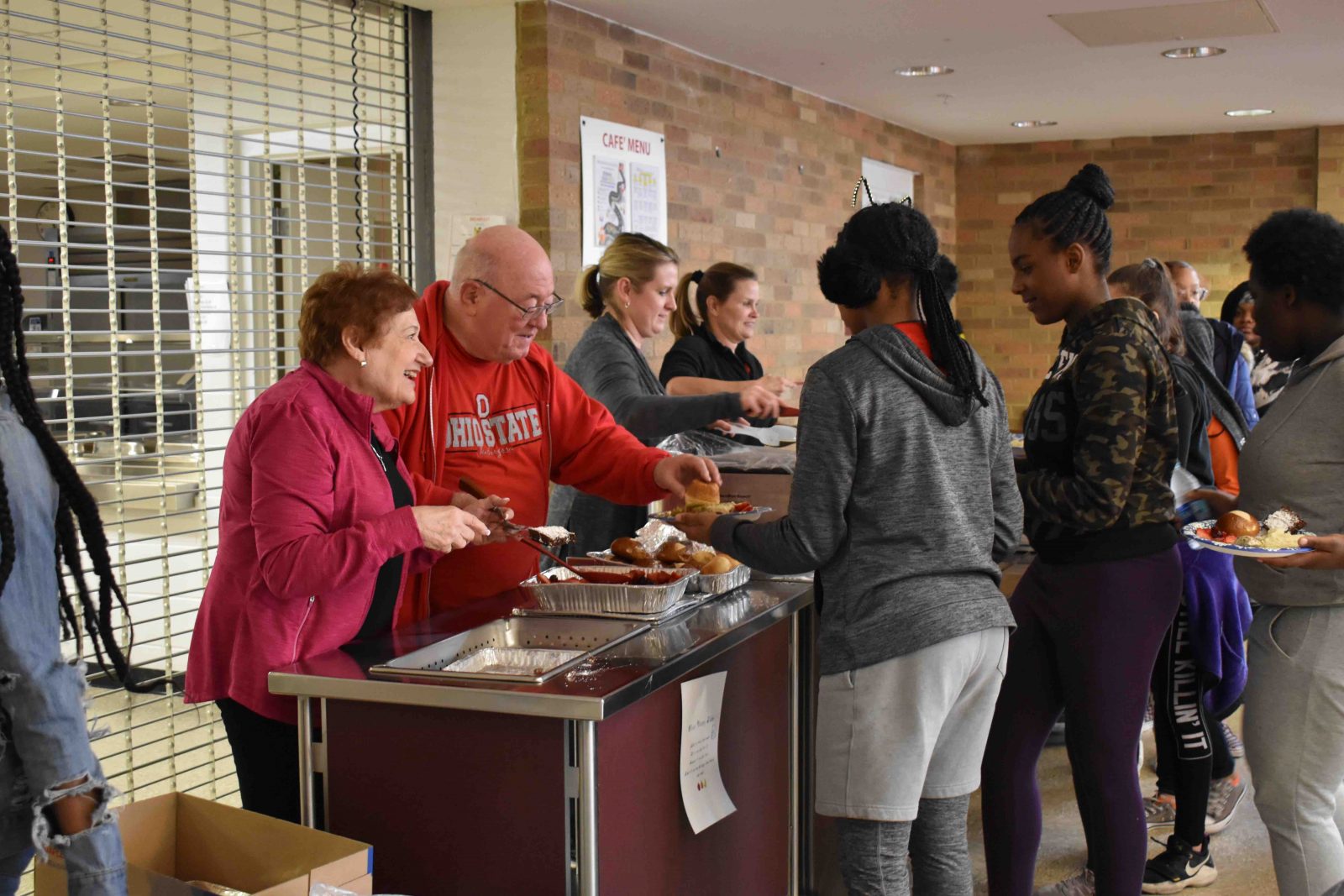 A couple weeks ago we looked at Acts 17:16-34, when Paul was in Athens. He preached open-air style in the Areopagus, a rocky outcropping where all the latest TED talk speakers of the day would shout their ideas and perspectives to the crowd. Paul shared the Gospel. It was the most compassionate message he could tell them, and it was also quite controversial (just like today). Some repented and believed, others thought about it, and still others mocked him because of his belief in the resurrection of Jesus.

We are a church that shares the Gospel with anyone who comes through our doors. That will not change, and it will be greatly helped by a building. But what about people who don’t and won’t come to church? We have plenty of relationships with them. How do we bring the Gospel to them? We do it with prayer, with patience, persistence and persuasion. This next bit may seem unrelated, but bear with me.

I have been working with the Linden-McKinley’s boys basketball teams for the last two years in a role that approximates something like a team chaplain. On Thursday afternoons from November through late January, I go to study tables and given a lesson on vision, loyalty, perseverance, hard work, etc. Sometimes I bring in guest speakers – last year Alex Harper gave an amazing testimony of his own childhood and how Jesus changed his life (if you missed Alex and Kristen’s story in worship last Sunday, check it out here). But no matter the topic or the speaker, my goal is to bring the Word of God to bear on the lives of those young men so that over time they are exposed to the Gospel.

This work has been an extension of Fellowship of Christian Athletes, who connected us with the coaches at Linden-McKinley. We have been challenged this year to get to the high school for obvious reasons, but just last Thursday Sandy Brown dropped dinner off to the football team, the first meal we have been able to provide this fall. It was much appreciated and it further demonstrated that we aren’t going anywhere. We want to build friendships, and several of our people at NAPC have done exactly that, slowly but surely.

For me personally, I have developed a friendship with Kevin Darthard, the head basketball coach. This has taken some time. The first year I came to help with the team in 2018 it was pretty awkward. I didn’t know him well, he didn’t know me, and my character teachings for the team did not seem especially inspiring or helpful. But being there week after week, going to a few of the games, and coming back the next year helped tremendously. And as I have simply shown up and done some small things to express support for the students, a friendship has developed.

I admire Kevin for several reasons. He is very invested in the Linden community as a Phys. Ed. teacher at Hamilton Stem Academy and as the head coach at LMHS. He also works at the Rec Center in Linden. He goes out of his way to help his players work out on his “off hours” if they are motivated to get better. And he wants to connect the younger kids in Linden to his players by starting a mentoring program. Clearly he sees his role as much more than a hired hand, to use Jesus’ language in John 10. He is also a single dad who is raising his teenage son to be a responsible man.

Pray, be patient, be persistent, and be persuasive. God gets the glory and we get unparalleled joy when we obey Him.

I have been praying for Kevin and the team for a couple years now, once a week. I have asked God for opportunities to talk about the Gospel. I have also tried to be patient, because talking with a busy, high energy coach about the most important and weighty matters of life and eternity are not exactly quick conversations, and they usually don’t happen right away. I have tried to be persistent in getting together to talk about deeper things in life – family and growing up and our personal histories. Last week we had lunch together. It was a God-ordained conversation where I had the great privilege of persuasively sharing the amazing news of the Gospel after plenty of conversation and listening. It was the opposite of rocket science — straight up unfiltered good news, bad news, great news and response. And the interesting thing was that Kevin, who had grown up in church, hadn’t quite heard the Gospel. He knows he has not repented and trusted in Christ, and he is still considering all of this. Please join me in praying for him (I asked him if it was ok if I wrote about our conversation and he agreed).

I share this to encourage all of us to consider the friends God has placed in our lives who may not know the Gospel. Maybe they’ve heard it but need to hear it again. Our church is both a place where people will come to hear the Gospel, AND a place where the saints are equipped for the work of ministry (Ephesians 4:12), including the work of sharing the same compassionate and controversial message Paul shared with our friends.

Pray, be patient, be persistent, and be persuasive. God gets the glory and we get unparalleled joy when we obey Him.